“Working with Bunny has been so incredibly helpful to me personally and to our business! We started off with Bunny with one goal, and over time as things and life changed, we evolved that goal and accomplished so much! She helped us think about our business differently, set goals, stay accountable, and chip away until we reached our goals! We will hand down recommend working with Bunny!!”

“Working with Bunny has made a dramatic change in my life. Not only have I had success within my business, but I have also made significant changes within myself. Today I can say I completely love, accept, and embrace myself. I accept others and I know I am here to make the world a better place.”

Bunny is living her own mission. She’s making the world ‘a better place’ by showing people how to live the life that they want while making a living that they are proud of and supports their goals. And just as she advises her clients, she lives her dream job while prioritizing her beautiful family and passions.

“Anything is possible with a plan.” Without taking time to establish goals and a plan, you won’t get the results that you want. Bunny’s process for establishing goals and developing a strategic plan will fast-track your business results.

As a Mental Health Professional with a Masters in Counseling & Psychology, Bunny excels at asking the deep questions, improving communication, helping people get to the root of challenges, improving mindsets, learning to operate from a place of hope and not fear, and fostering new healthy habits.

Do you have someone in your life that helps you think outside of the box? Who sees your life as a whole, and not just your work life? Who considers the health and wellness of you as a critical factor in the business success? Who can help you get past the state of overwhelm and worry to look at the big picture? Bunny will open your eyes to ideas and remove the obstacles that have kept you from making your goals.

When is the last time you felt that your work was truly helping someone? No matter your profession or industry, it is absolutely possible to bring value and passion that improves the lives of others. The mindset of working for a bigger purpose is transformational.

Today’s leaders have poured themselves into honing their vision knowing the market. Yet a key ingredient for growth and longevity – attracting and developing a staff – seems to be overlooked. Bunny empowers business owners to assemble dedicated and talented teams, while teaching them how to develop, communicate and connect with staff.

“Bunny’s passion for her clients is evident, as is her desire to bring out the best in each as an individual”

The Meaning of the Starfish 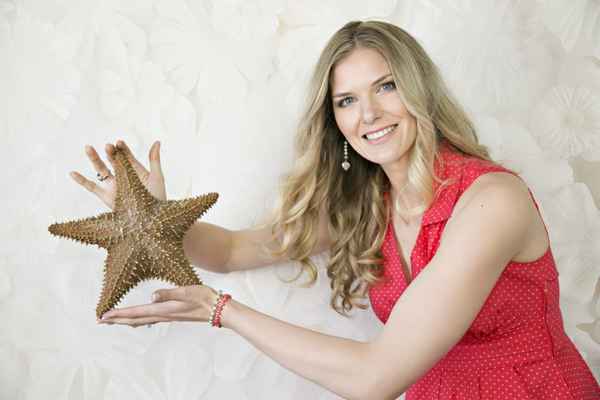 This story has been around for ages but I still find such inspiration from the young boy’s dedication and conviction to create a better place and a better opportunity for as many individuals as he could impact. It resonated so strongly that I decided to use it as the foundation that I have built my logo, my brand, and my business around. Please enjoy, and continue to strive to make a difference to “One” each and every day!

Once upon a time, there was an old man who used to go to the ocean to do his writing. He had a habit of walking on the beach every morning before he began his work. Early one morning, he was walking along the shore after a big storm had passed and found the vast beach littered with starfish as far as the eye could see, stretching in both directions.

Off in the distance, the old man noticed a small boy approaching.  As the boy walked, he paused every so often and as he grew closer, the man could see that he was occasionally bending down to pick up an object and throw it into the sea.  The boy came closer still and the man called out, “Good morning!  May I ask what it is that you are doing?”

The young boy paused, looked up, and replied “Throwing starfish into the ocean. The tide has washed them up onto the beach and they can’t return to the sea by themselves,” the youth replied. “When the sun gets high, they will die, unless I throw them back into the water.”

The old man replied, “But there must be tens of thousands of starfish on this beach. I’m afraid you won’t really be able to make much of a difference.”

The boy bent down, picked up yet another starfish and threw it as far as he could into the ocean. Then he turned, smiled and said,

“It made a difference to that one!”

Download my Free eBook: How to Stay Sane During Insane Times

No cost tool for teams, companies, and individuals to bring sanity, support, and defeat overwhelm during this time.

Pawprints on My Heart: The Story of Goose, the Service Animal.

When you're different, you stand out. But that doesn't mean you 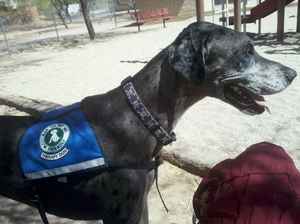 always want to. By the time I was diagnosed with my heart condition in my late teens, I was already well on my way to reaching my full six-foot frame. Then, I started passing out while playing sports. Soon after, I received my diagnosis, was prescribed a slew of prescription medications, and was told I needed to be extra-careful... or I'd be at real risk for an early death.

This form collects information we will use to send you updates about promotions, special offers, and news. We will not share or sell your personal information. You can unsubscribe at any time.